New delays in deliveries due to the war in Ukraine 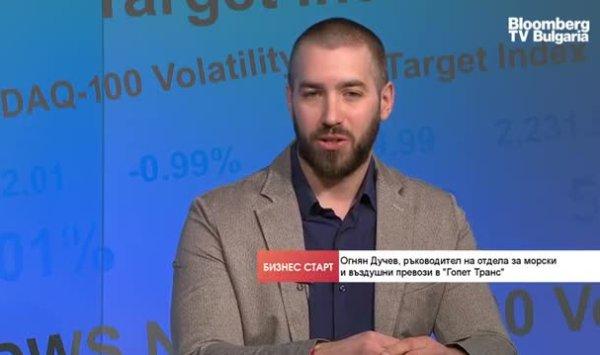 World trade will slow down and this will lead to a balance in this difficult situation.

We anticipate new delays in deliveries around the world as a result of the conflict in Ukraine. Currently, shipping companies are unable to enter Russian ports as a result of the embargo. This will add to the already-congested transport corridors through Bulgaria, Greece, the Baltic Sea, the port of Hamburg, and the Suez Canal, which have been congested for the past two years due to the pandemic and past events such as Ever Given’s Suez Canal blockade.

The accumulation of hundreds of vessels carrying numerous containers, as well as the increase in their waiting times in ports will result in monthly overstays and further delivery delays. This was stated by Ognyan Duchev, head of Sea& Air Division at Gopet Trans, during the Bloomberg TV show “Business Start” with host Jivka Popatanasova. According to him, rising commodity prices will cause global trade to slow down, resulting in a temporary rebalancing of the difficult situation.

Lack of capacity and rising prices are leading problems in the global transport industry today. In 2021, 1.5 million sea containers were exported through the railway corridor between China and Europe. “If the traffic passing through Ukraine and Russia is rerouted to other sea corridors, we will see an increase in volumes of between 5 and 8 percent, so we will have even less capacity and higher prices,” Ognyan Duchev said. Shipping companies are raising freight rates even though they do not have the capacity.

Meanwhile, inflation is also rising – in Bulgaria alone in February it was 10 percent, on yearly basis.

Furthermore, due to rising fuel prices as a result of the war, road carriers upped their rates by 10%. “Gopet Trans is closely monitoring the market and attempting to avoid speculation and artificial cost increases,” Ognyan Duchev said. There is no single institution that can control the tensions in the global transportation sector, but businesses and industry professionals must remain calm and try to plan their deliveries and stocks as far ahead as possible.