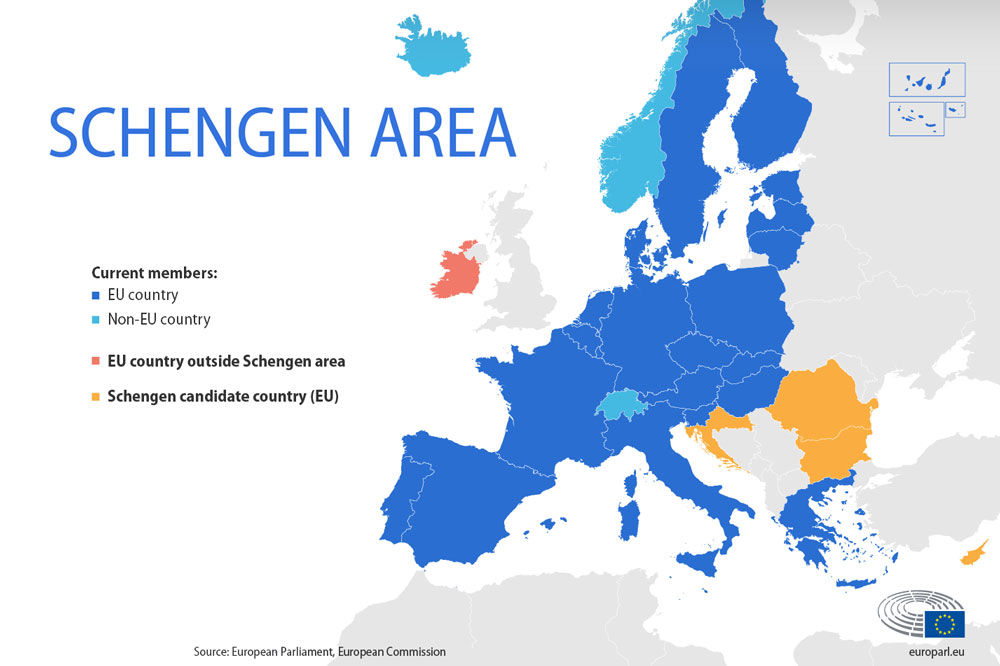 A 30% increase in the number of short-haul trips is expected, GOPET TRANS predicts.

Limitation of queues and days long jams at borders are two immediate effects if Bulgaria and Romania will enter Schengen. Few weeks ago the European Parliament gave a positive vote on it, with 85% pro inclusion. This is a consultative body, the real decision is to be made by the European Council in December. In terms of technical conditions, most local and international authorities and bodies say that they’ve been met for quite a while.

“We hope for a positive decision. Without checks and delays at the borders, there will be unobstructed traffic corridors, increased frequency of deliveries and rapid growth with real benefits for freight transport and supply chains. We predict a 30% increase in vehicle trips per week for short distances between Bulgaria, Greece and Romania, and for Central Europe we predict about 15%”, says Raya Rendakova, Commercial Director of GOPET TRANS, leading provider of transport and logistics services in Bulgaria with strong local presence and active activity in Greece, Romania, Poland, Spain and Turkey.

Croatia is also consider to integrate Schengen space together with Bulgaria and Romania, but its impact on actual freight movements for us is limited (geographically, does not sit on our main transportation corridors).

Ascension into Schengen has a number of benefits for freight transportation and supply chains in general. The most visible and immediate one – eliminating borders queues and huge waiting times. Let’s only remember the situation from earlier this year when carriers waited up to 72h at the Bulgarian – Romanian border (at both crossing points from Vidin – Calafat and Ruse – Giurgiu), which are the main traffic gateways towards Europe. And let’s not forget additional delays are piled up at the Romanian – Hungarian borders.

We do estimate that, by removing borders checks, a trip from Bulgaria to Germany will gain at least 24h. And this without counting any major delays at borders.

Such delays don’t have a negative impacts only on costs. And we are not discussing here only direct costs, associated with the delays, and which usually create a cascading of penalties. We are counting costs incurred by the shippers because goods in transit need to reach production lines which cannot stop and may delay other processes. Or they cannot reach the consumers at the right time.

Furthermore, we need to also consider additional fuel costs and also an increase of CO2 emissions in those areas, given the accumulation of waiting trucks.

“Lastly, it also takes a toll on the drivers, whom have a difficult job as it is. Let’s not forget we are dealing with sectorial drivers’ shortage”, points out Rendakova. Such queues, signalling tough working conditions, do not appeal to younger generations and cannot attract them towards this career.

Another benefit will be the actual increase of flows, both imports and exports, and this will accelerate the development both locally and regionally. The Pandemics made it clear for supply chains that having suppliers closer to selling markets is becoming a more appropriate strategy. Bulgaria can become a regional hub supplying businesses across the Continent. In this regards, removing borders will become an additional growth vector, increasing local competitiveness.

In terms of benefit, we may see a reconsolidation of the capacity on the markets, as carriers in the Region could move freely, in the same way it happens for instance between Germany and Benelux countries. In Europe, the shortage of drivers increased by over 40% from 2020 to 2021, according to an IRU study. While elimination of borders will not increase suddenly number of drivers, we can for sure have a more fluid use of the existing ones by removing idle time spent in queues.

“A very significant economic impact of border checks removal will be felt on short distance trips, so for example on trips between Bulgaria and Romania or Bulgaria and Greece, where waiting times at border represent now a significant part of the journey. In our case, it impacts groupage lines who work on a pre-set schedule. Without checks and delays, an increase in frequency is expected to happen, with positive effects on the local economies”, says Raya Rendakova.

Due to the lack of borders and the reduction of transport time, the amount of carbon emissions will also be considerably reduced, thus protecting the environment. In this regard, GOPET TRANS has already taken important steps, offering customers the opportunity to choose sustainable transport services such as intermodal setups.